I didn’t know I was badly jetlagged until I slept in til 11:30AM this morning. That’s unusual for me, since I am literally the world’s lightest sleeper. Poor Tarryne had to shake me to wake me! Oh dearie me. Never mind.

We went to buy tickets for the hop on – hop off bus tour at the Malaysian Tourism Centre. In order to get there, we had to traverse busy road crossings, which are hellish anywhere, let alone Malaysia. So that was fun. The tourism centre was really nice, and was used as the War Office for the British in the Second World War, until the Japanese invaded and took it over. We waited half an hour for the bus in the sun, and because we weren’t wearing hijabs or covering our arms we got stared at quite a lot. I love sexism, it’s always a fun addition to a holiday.

Anyway, the first stop on the tour was the KL Menara Tower, which is very much reminiscent of the CN Tower in Toronto. We’ve decided that’s something we definitely want to do later on in the trip, but I managed to get a few photos anyway. Considering I was blinded by the glare on the screen, I think I did quite well: 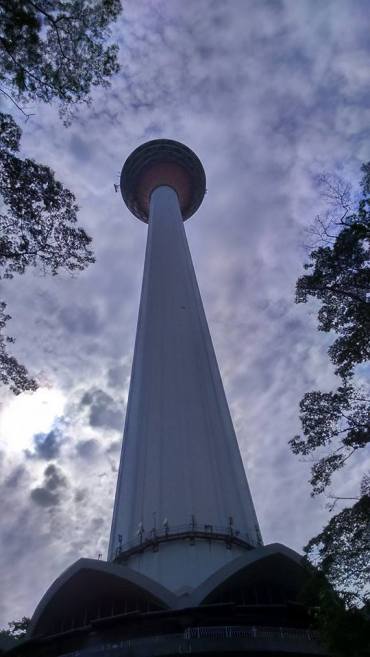 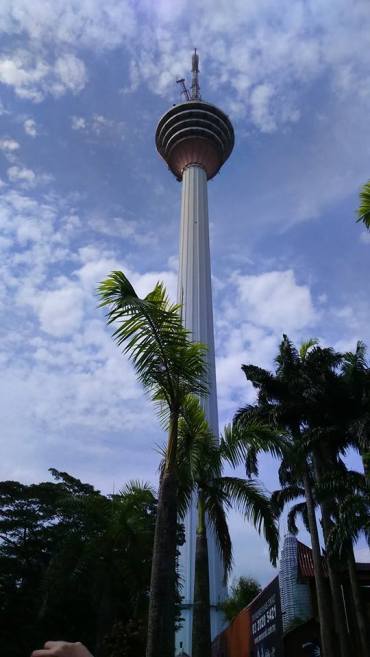 We sat on the bus for the remainder of the tour, to see what we could see, and what landmarks would make the shortlist. It drove about the city, including the business/commercial district, Little India, Chinatown, and the Green Belt with the government buildings and botanical gardens. That’s where we are going tomorrow, so hopefully it won’t rain!

We did briefly get off the bus for a toilet break at the National Museum. NB: Always carry tissues! They charged extra for toilet roll here. Although we didn’t go inside the museum, there were quite a few things to see outside, including cars, some wildlife, and a “guest palace”. The site used to be a fort, so this was a luxury pad for an honoured guest, originally built for one of the Sultan’s wives.

Just opposite this, we saw a red squirrel climbing about. They’re such a rare sight in the UK these days, so it was good to see one.

You should be at Brownsea Island, mate.

The bus tour is definitely worthwhile if you want to get your bearings in KL, to see what’s worth seeing and what isn’t worth bothering with. Also, it’s very cheap, it’s only about 8 quid for 24 hours.

Eating out is also cheap here. Tarryne and I went to a Thai restaurant in the shopping mall next door as we weren’t feeling very adventurous. All of this for 6 pounds! What a bargain. Tarryne ordered the most expensive thing on the menu, which only came to 8 pounds. 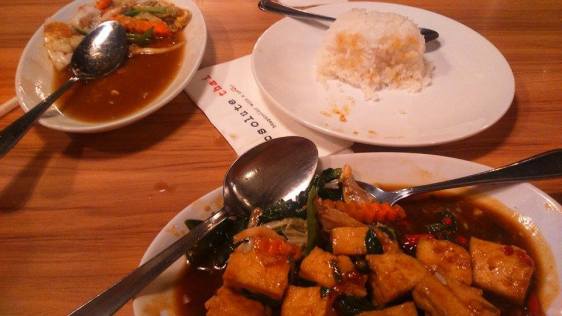 The thing on the left is a Thai Iced Coffee, which is very similar to Greek Frappe, so I’m not sure what the difference is. On the right, a vegan feast of tofu, rice, and vegetables!

Also at the mall was this, which I thought would amuse any Egham/Royal Holloway readers: 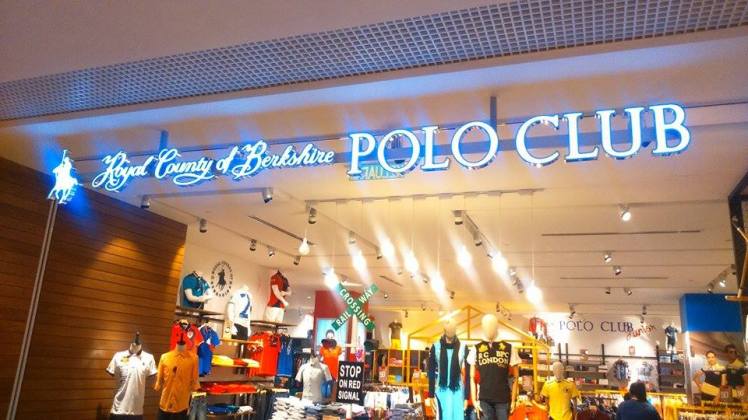 Ha, it’s probably all made in Slough.

The day ended in an interesting way when we opened the door to our apartment, and saw a giant cockroach scrabbling across the floor. Tarryne jumped on the sofa as I searched for the cockroach spray, which was already in our apartment. I don’t particularly like killing insects, but this was an exception. It was not, after all, your average UK spider. I sprayed Trump (we decided to give it an appropriate name) with the spray, and he crawled off somewhere, hopefully to die.

Let’s hope he doesn’t come back for revenge in the middle of the night.